Level Up Your Goalie Game!Join Here! 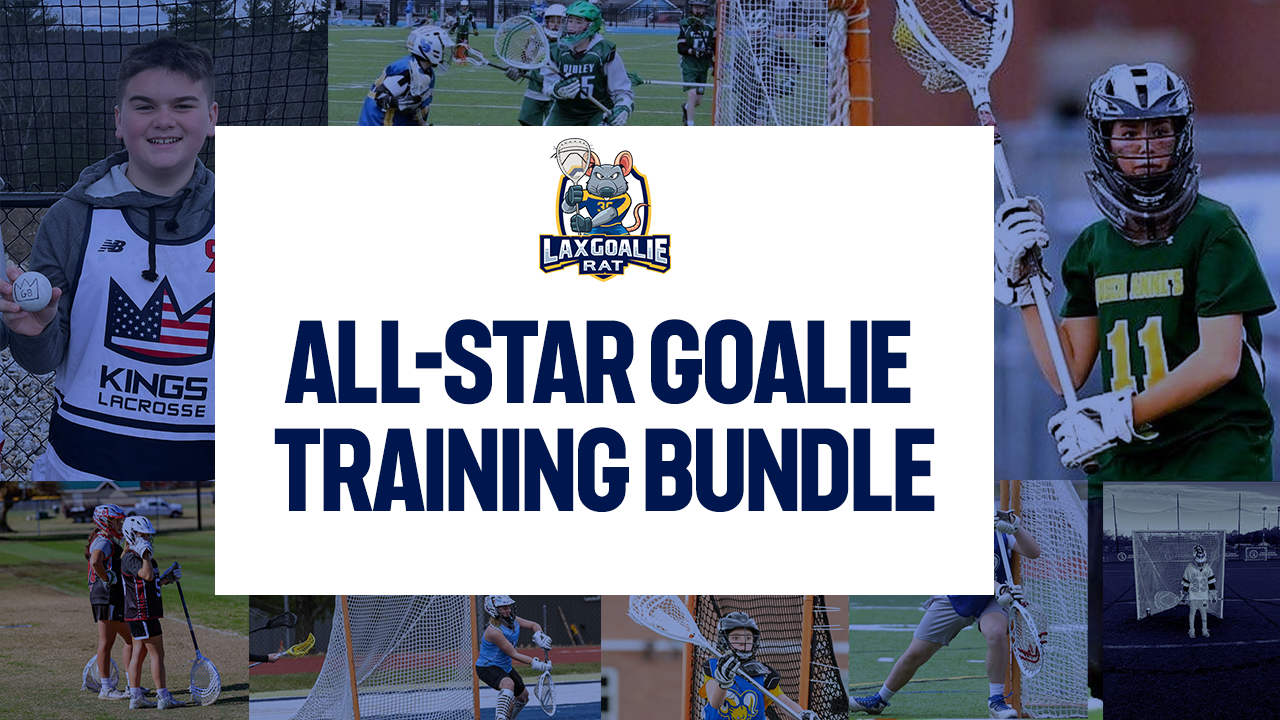 Lacrosse goalie training to turn your son/daughter into the absolute best goalie they can be!

The All-Star Goalie Training Bundle is Coach Damon's hand-picked training sessions full of amazing lacrosse goalie lessons from the best of the best goalie coaches and pros to give your youth a full lacrosse goalie education including perfect technique, drills for all situations, mental game lessons, and killer sessions to boost your overall lacrosse IQ! 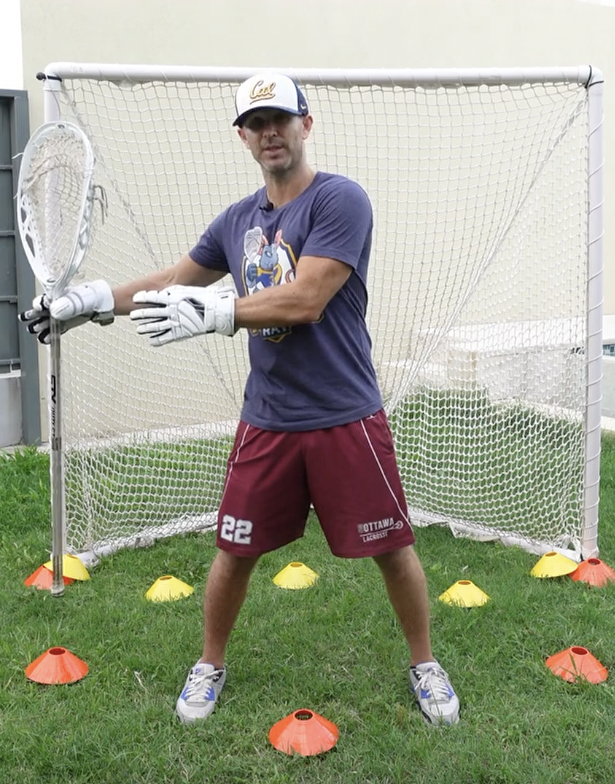 Before I tell you about this amazing goalie training program, let me tell you who it's really for...

So somehow, someway your kid ended up as the lacrosse goalie. Which means you now you carry the prestigious title of "Lacrosse Goalie Mom" or "Lacrosse Goalie Dad". It's hard a role, no doubt, but you're looking for any and all tools to give your young goalie the right mindset and the right skills to be great in the net!

You're in the right place and I'm going to show you exactly how the All-Star Goalie Training Bundle will give your goalie a team of elite goalie coaches in their corner to give them the tools, the inspiration, and the unparalleled support on their journey to be an All-Star goalie!

After going through this training,
your goalie will...

I signed up for the training with Coach Damon. Together with my son we watched all the videos. We found them incredibly easy to follow, helpful, teaching the fundamentals in a simple way. Tons of great drills and mental parts of the game. Damon has really helped my son learn the fundamentals of playing goalie. He's having a great time and playing a lot better. I think this is a great program for parents who have a son or daughter who are trying to learn how to play goalie and don't have the resources to have a goalie coach." 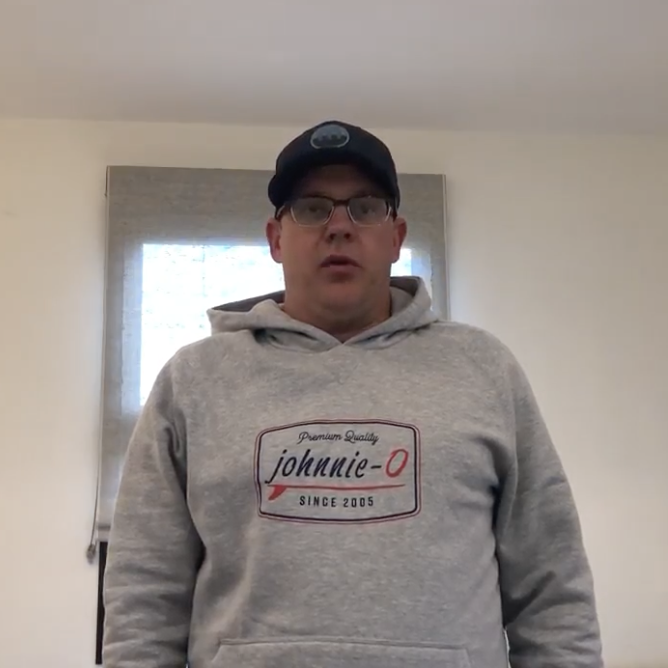 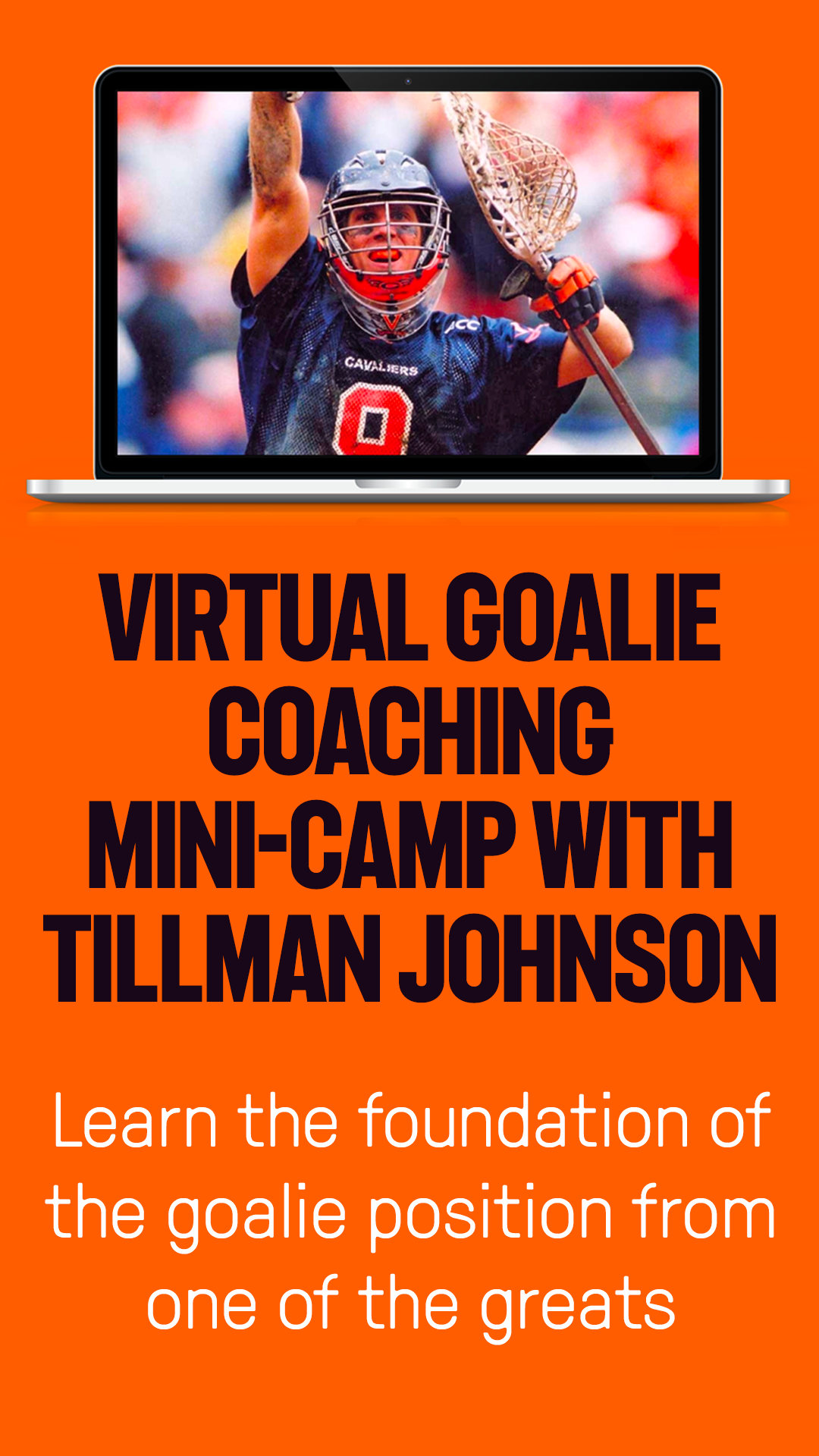 In 2003 Tillman Johnson showed the world the power of the goalie position! After his amazing performance, Virginia won the national championship and Tillman was the tournament MVP and goalie of the year! Suddenly everyone wanted to be the goalie!

For the first time ever, Coach Tillman Johnson recorded a virtual mini-camp that will teach your goalie the exact fundamentals that allowed Tillman to be the GOAT: 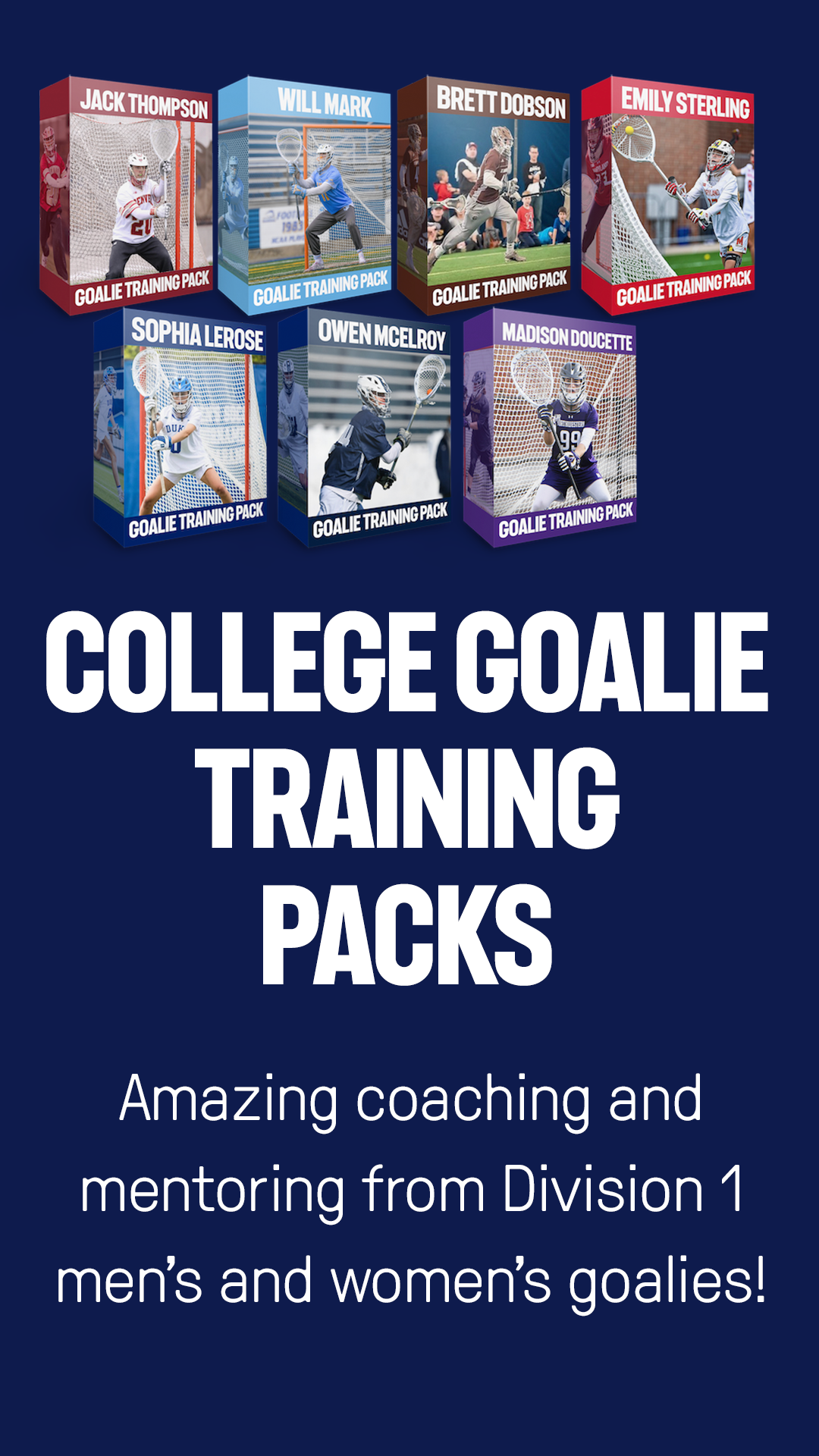 Last year the NCAA said their athletes could now accept sponsorships! So I immediately went out and sponsored 7 different Division 1 college goalies (4 guys and 3 girls) to an NIL sponsorship deal.

Together we created an amazing goalie training packs where these amazing young men and women teach your youth goalie everything they know! This is learning from the best! Look at these accolades:

Each collegiate goalie's training pack comes with the following coaching to level up your youth's game:

The best part: proceeds go directly to financially support these college kids! Coaching directly from the best college goalies and helping them financially - talk about a win-win! 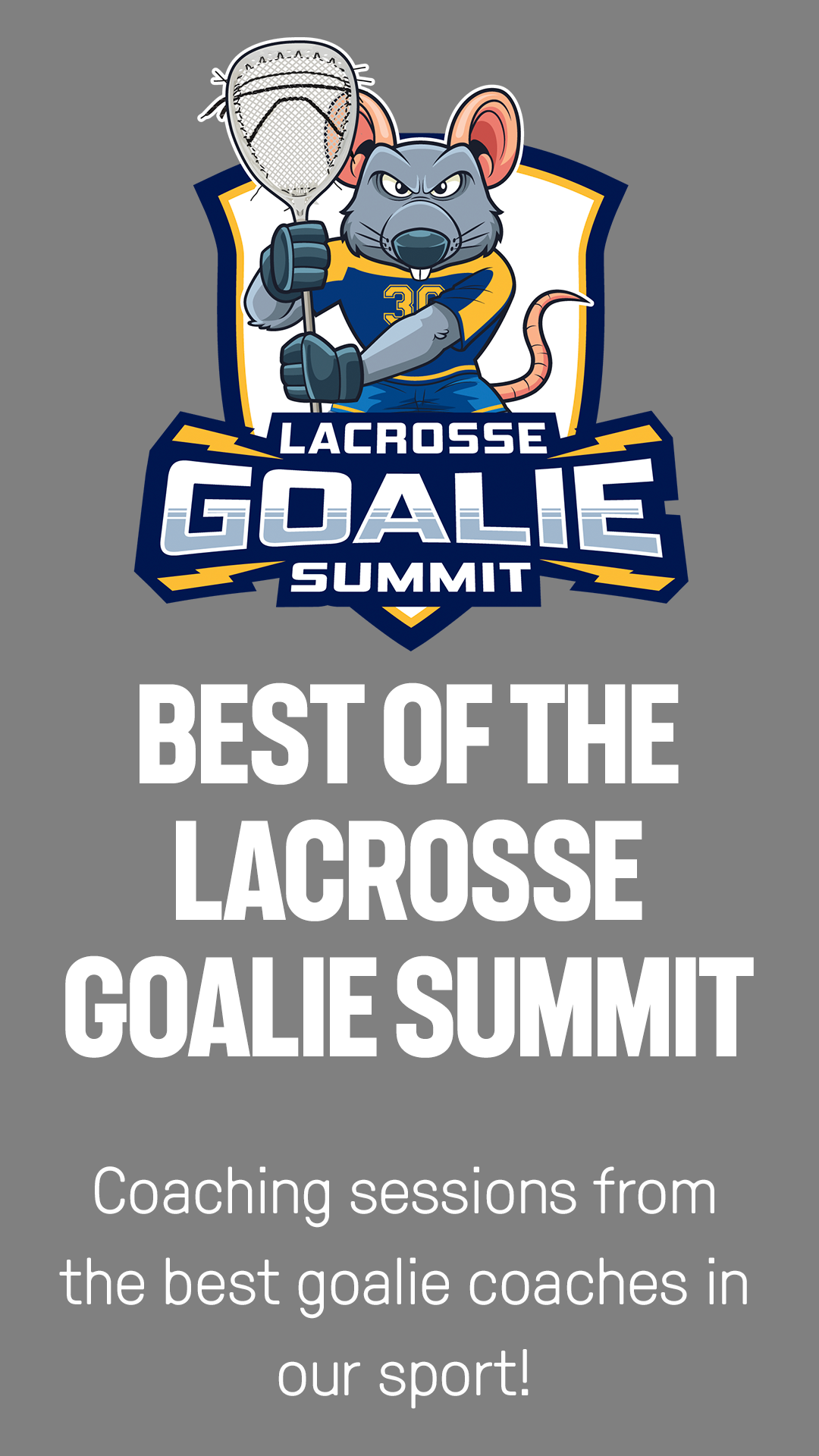 Best of the Lacrosse Goalie Summit

The Lacrosse Goalie Summit is a virtual event I've run 6 times now! The concept is simple - invite the best coaches and pro goalies to give virtual coaching sessions on different aspects of the position that youth goalies need know to be great!

As anyone who attended can attest to, the results have been absolutely awesome! I've seriously learned something new and amazing from every session! For this training, Coach Damon has hand-picked the 34 best coaching sessions from across the 6 different events.

They're split into 4 categories -

Here is the full list of goalie coaching sessions your youth goalie can learn from: 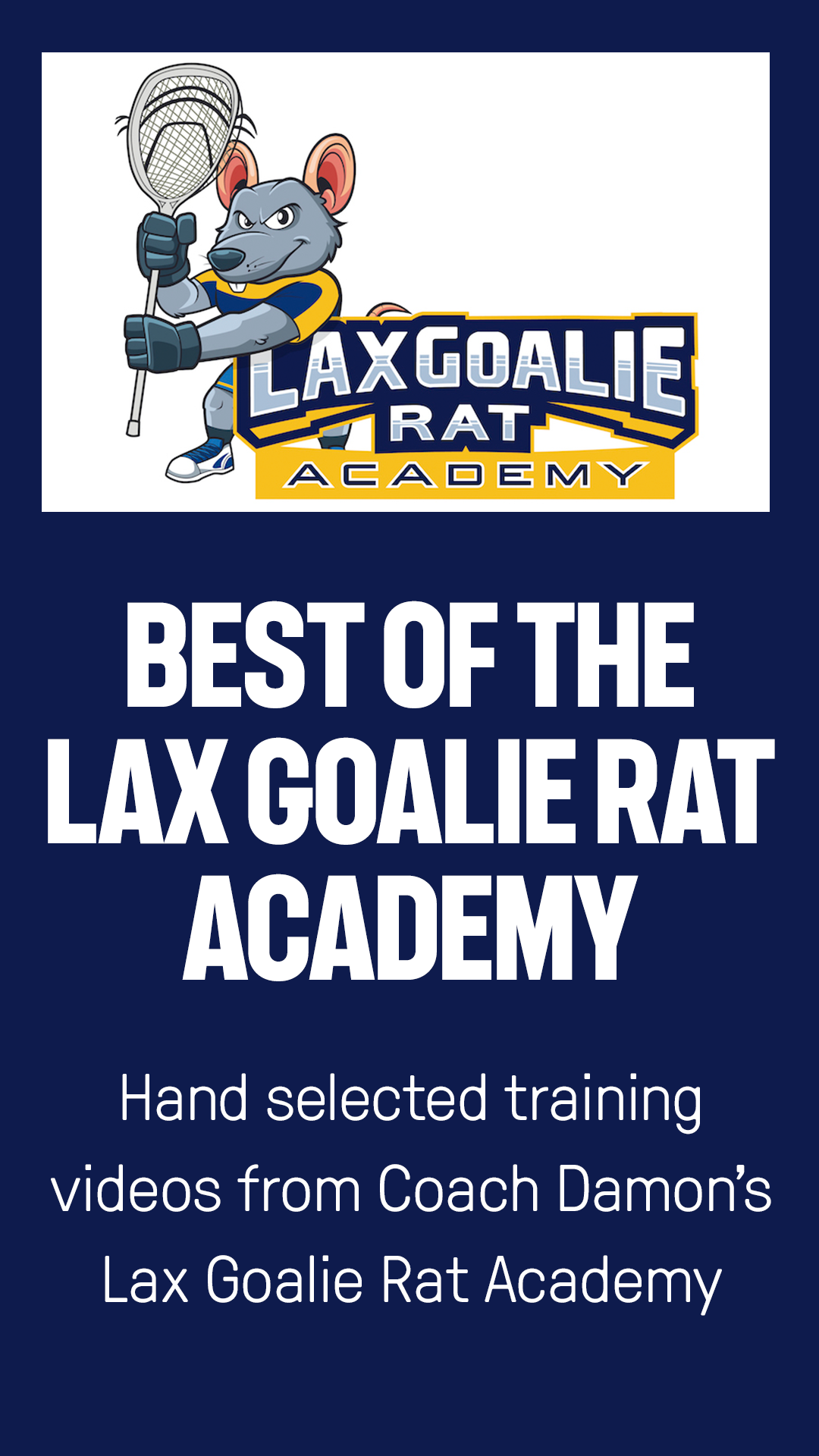 The Lax Goalie Rat Academy is my private membership site full of amazing goalie training content that I've put together with college kids out at the field and inside the classroom.

In this training I hand-pick the very best lesson from inside the Academy. Coach Damon (me!) teaches you fundamental like: Stance, Positioning, Save Movement, Arc Play and Moving on the Arc.

Finally you get access to the "Drill Library"! With over 55 drills to level up your youth goalie's game and always keep things fresh and interesting!

So here's everything you get:

A small sample of the brick walls who leveled up their goalie game with this training! 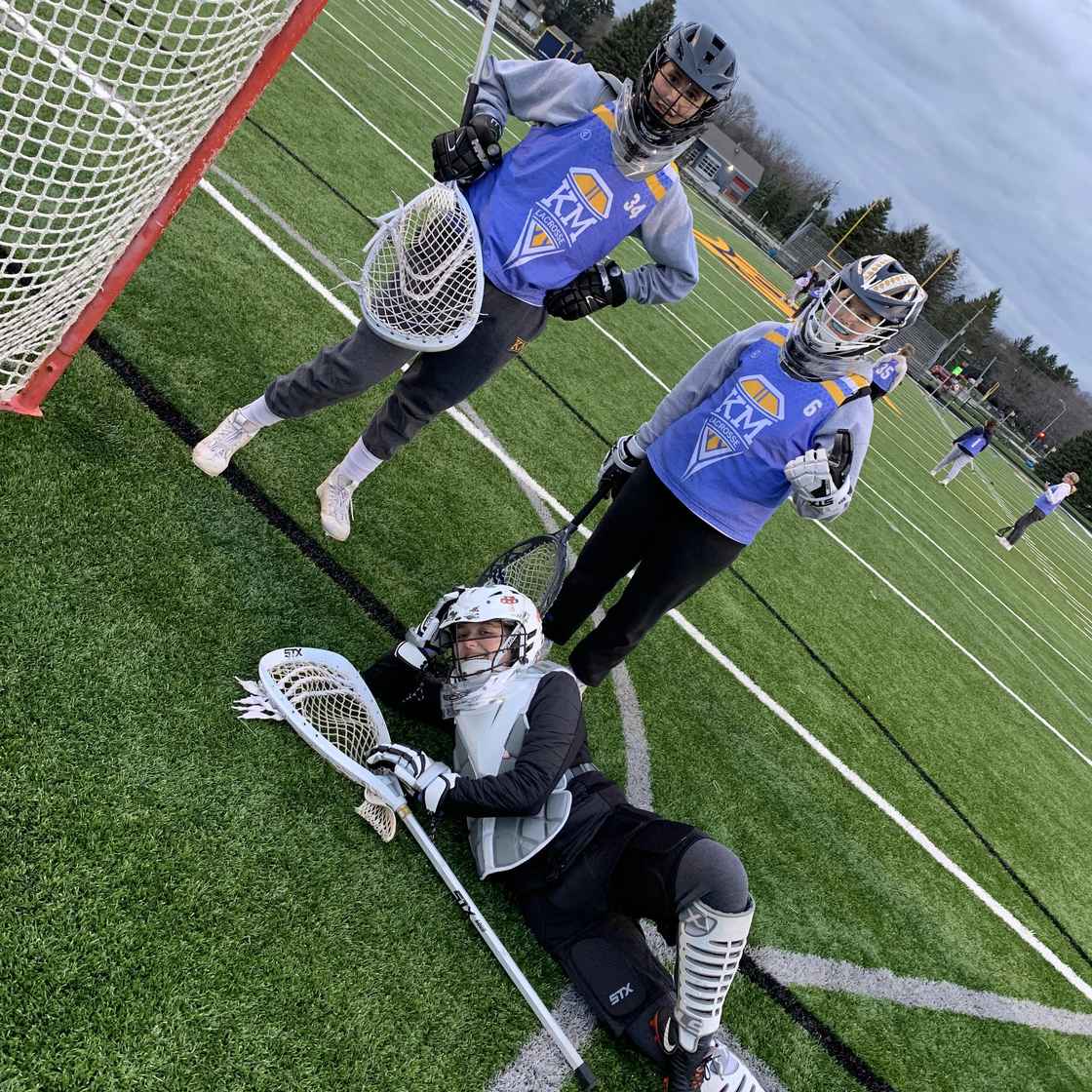 I coach our high school girls lacrosse goalies and have implemented the info I learned from Coach Damon's videos. The outcomes have been amazing!  Our goalies have pretty much eliminated "shooter bias" (girls they think are going to score on them) and are now using visualization exercises to improve their technique. So glad this has become the year of our "mental game" improvement - thanks!! 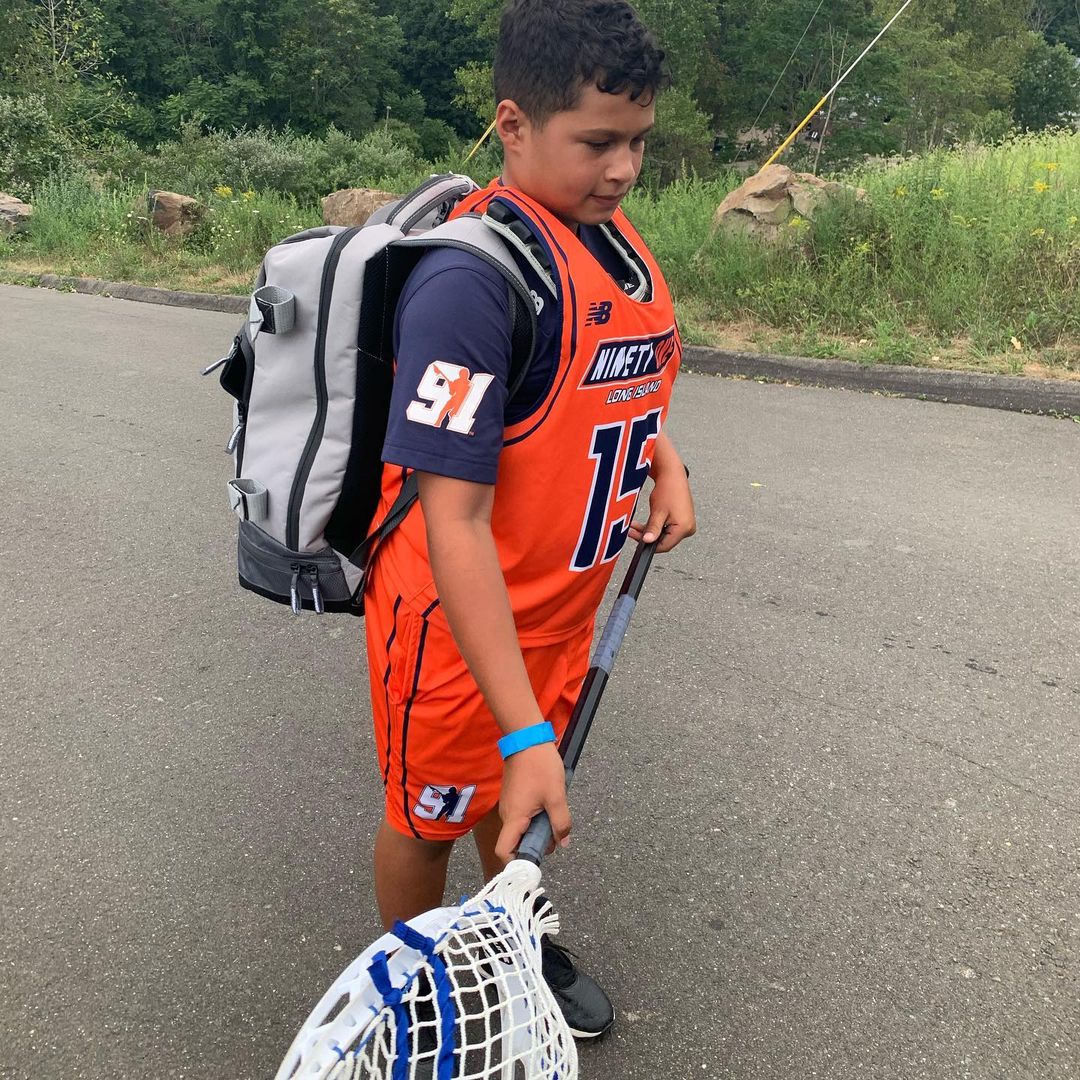 3 weeks ago I knew nothing about how to train my son to become a goalie. He played midfield and defense for the past 4 years but when the team needed a goalie, he stepped up! I binged watched all the videos over and over and now here were are 3 weeks later and my 9 year old is already a brick wall out there! Thanks so much for this training Coach Damon, helped out more than you can imagine! 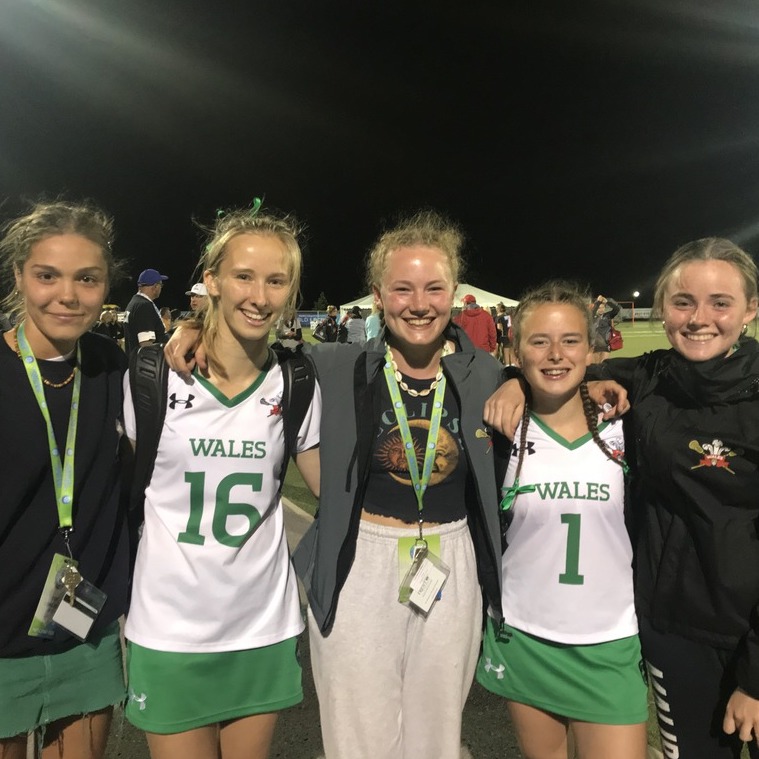 After a bad practice or game I used to always beat myself up and feel really bad for the next training session/game, but now with access to the mental toughness training with Coach Damon I am a completely different goalie as I go into every game and training session with a different attitude than before. 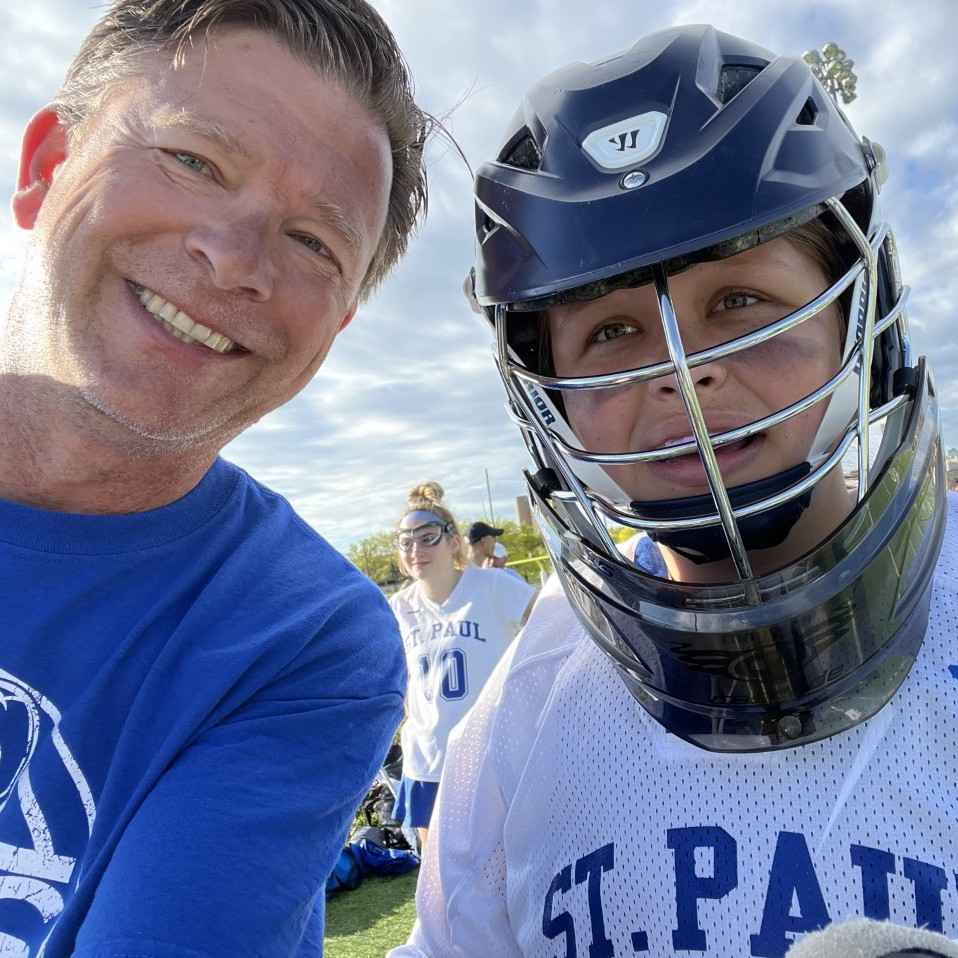 Holy s$*!#! Tillman Johnson! What a great presenter and amazing information for all goalies! I've got pages and pages of notes. That's one of your top 3 videos for sure. Lauren's pumped to start using his drills and warm up process Monday in our first outside practice of the season. Great job! 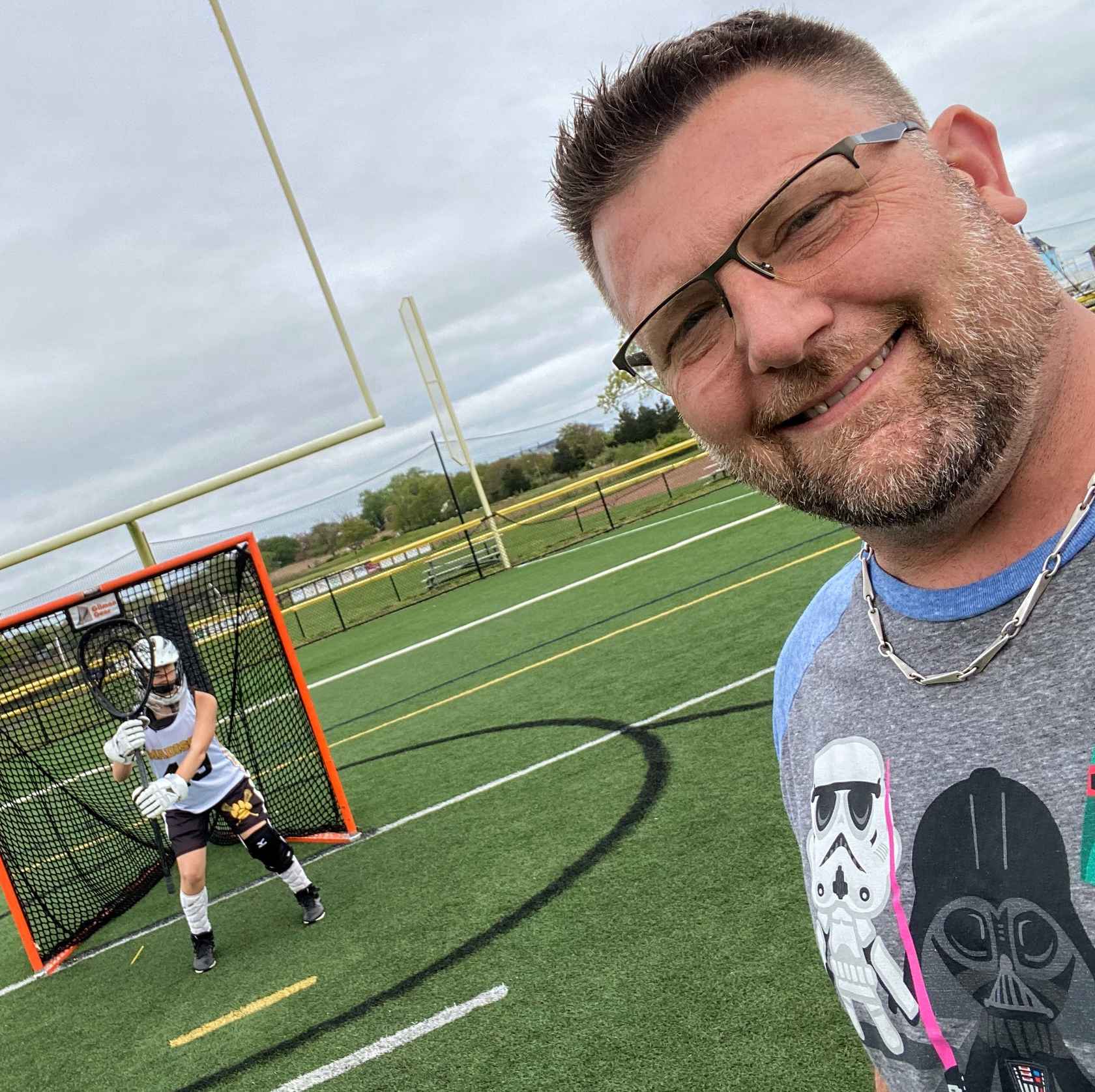 Coach Damon, the training you give to the goalie world are immeasurable. The advances I have seen my daughter and other goalies I have introduced to your teachings are amazing. Thank you for your passion to this often times overlooked and under coached position! 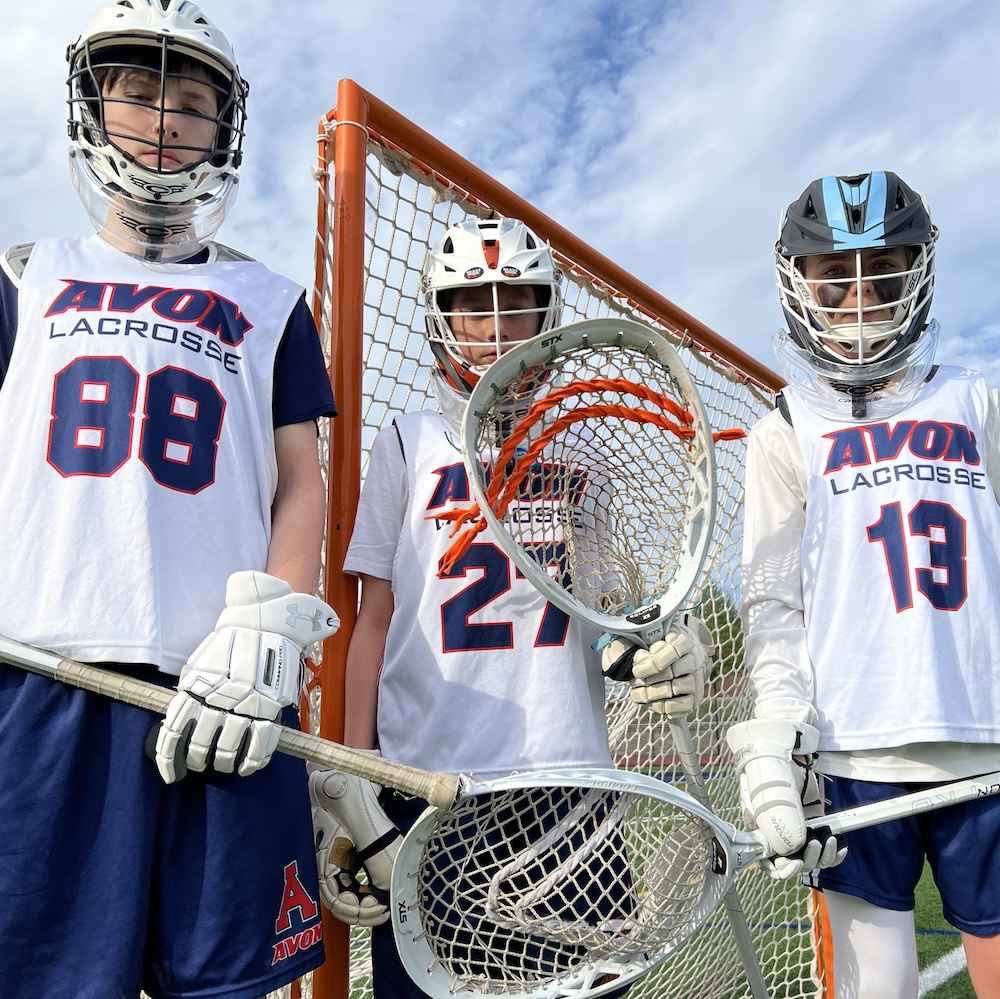 The detailed attention to all aspects of goalie play allows me to confidently and effectively coach the three goalies on my team.  Coach Damon agrees that conquering mental challenges ultimately define which goalie develops into an exceptional talent or who is best described as merely good.  The goalies play at a much higher level and each receive compliments from other coaches for the boys' ability to overcome adversity during the game.

We got your back with a 15 day no risk-free guarantee!

This training has the power to take your goalie's game to a whole new level! That’s not hyperbole — that’s based on real results these goalie coaches have gotten with their students.

But if you feel like you don't get value from the training, email Coach Damon and Team Lax Goalie Rat (help@laxgoalierat.com) within 15 days and we'll give you a no hassle refund.

The best part is this:

If you think there's even a 'slight chance' that this All-Star Goalie Training Bundle could help out your son or daughter, you should join!

No guess work needed. Take the training, see for yourself.

And if it works, your goalie will never be the same.

Your goalie will be able to confidently walk onto the field for practice or games, knowing they've taken training from the best college and pro goalies in the game!

So that's why we're happy to offer a 15-day money back guarantee. It's really a no-brainer.

These are some of the questions the lacrosse goalie moms/dads/coaches frequently ask me:

Is this bundle good for a new coach recently assigned to work with the goalies?

Absolutely yes! In the Best of the Lacrosse Goalie Summits a few coaches give general "how to coach the goalies" overviews. From there you can dig into the technique videos to teach fundamentals. Then you full drill library to always keep the training fresh!

Is it possible to learn lacrosse goalie from online video training?

Listen there is no substitute for live shots. You still need to go out to the field and do the work. But you absolutely can learn a ton via these virtual coaching sessions that will improve your game once you get out on the field!

Is it really a no risk hassle free guarentee?

Yep! Absolutely. I stand behind my work and the effort that all these goalie coaches put into their sessions. But if you're not satisfied, shoot us an email (help@laxgoalierat.com) and we'll get you taken care of.

What age group is this for?

Youth and high school goalies will benefit the most from this training. However if there is a college goalie who like me, is just switching to the position then you'll absolutely learn a ton of amazing info too!

Is this training for boys or girls goalies?

Price seems a little low for all the value included, no?

It absolutely is. I thought about pricing it higher but I'd rather get this goalie training into more goalie's hands so they can feel confident out there!

How long to do we get access to these videos for?

Let me ask you a question!

Imagine this scenario. All game long you're seeing beach balls! You're playing with so much confidence, having tons of fun, and making save after save!

You let in some goals yeah but they don't bother you because you're having so much fun you don't even realize how great you're playing!

As the final whistle blows, your teammates come sprinting onto the field right at you and when they arrive they mob you with a huge hug: 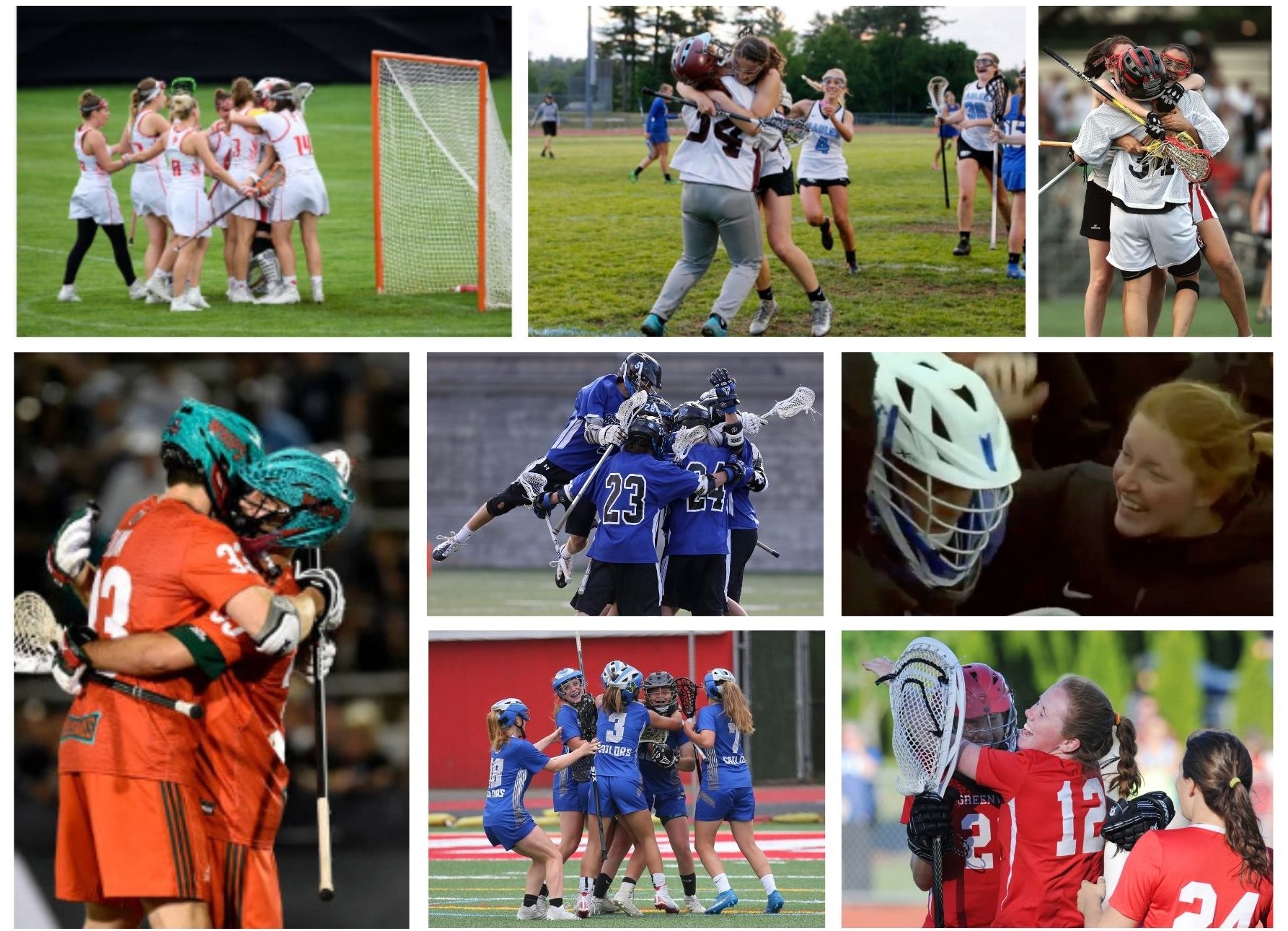 Has that ever happened to you? I sure hope so! It's one of best feelings for us lacrosse goalies.

Well maybe you've been lucky enough to feel this during one game!

But what if you could consistently create this feeling?

I'll be honest when I first started out as a goalie I struggled. And it was tough. It was tough physically, it was tough mentally. So I know the hardships goalies can face.

But I also know when things started to click for me, the entire game changed!

I had a new love for lacrosse and I fell in love with the goalie position. A position that I'm still just as passionate about 20 years later.

The goalie position went neglected for too long and with this training bundle we aim to fix that!

If I've learned one thing during my career of coaching goalies, it's this -

The lacrosse goalie community is very small and very caring! Whenever a goalie enters into the community, they love to help out the next generation of goalies. Grow the game by teaching the youth goalies how it's done!

That's why we're able to get pro goalies and the best coaches in the sport to help out your youth goalie.

To help your son or daughter be the recipient of those game ending hugs and to make themselves, their teammates and YOU oh so proud!

I look forward to meeting you on the inside of the All-Star Goalie Training Bundle! 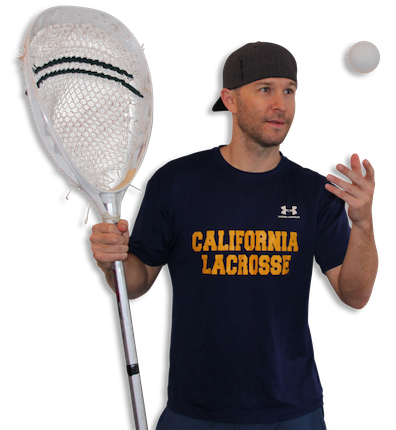 "Coach Damon is an amazing resource for young goalies and parents of goalies."

Too often the youth goalie position is overlooked from a coaching standpoint. I played attack in college and my son decided to play goalie at a very early age. After watching one season, with no goalie coaching, I decided to get involved as a coach but needed to learn the position fundamentals in order to add value.  This training became my education on the position enabling me to not only coach my son but other goalies as well. Thank you Coach Damon! 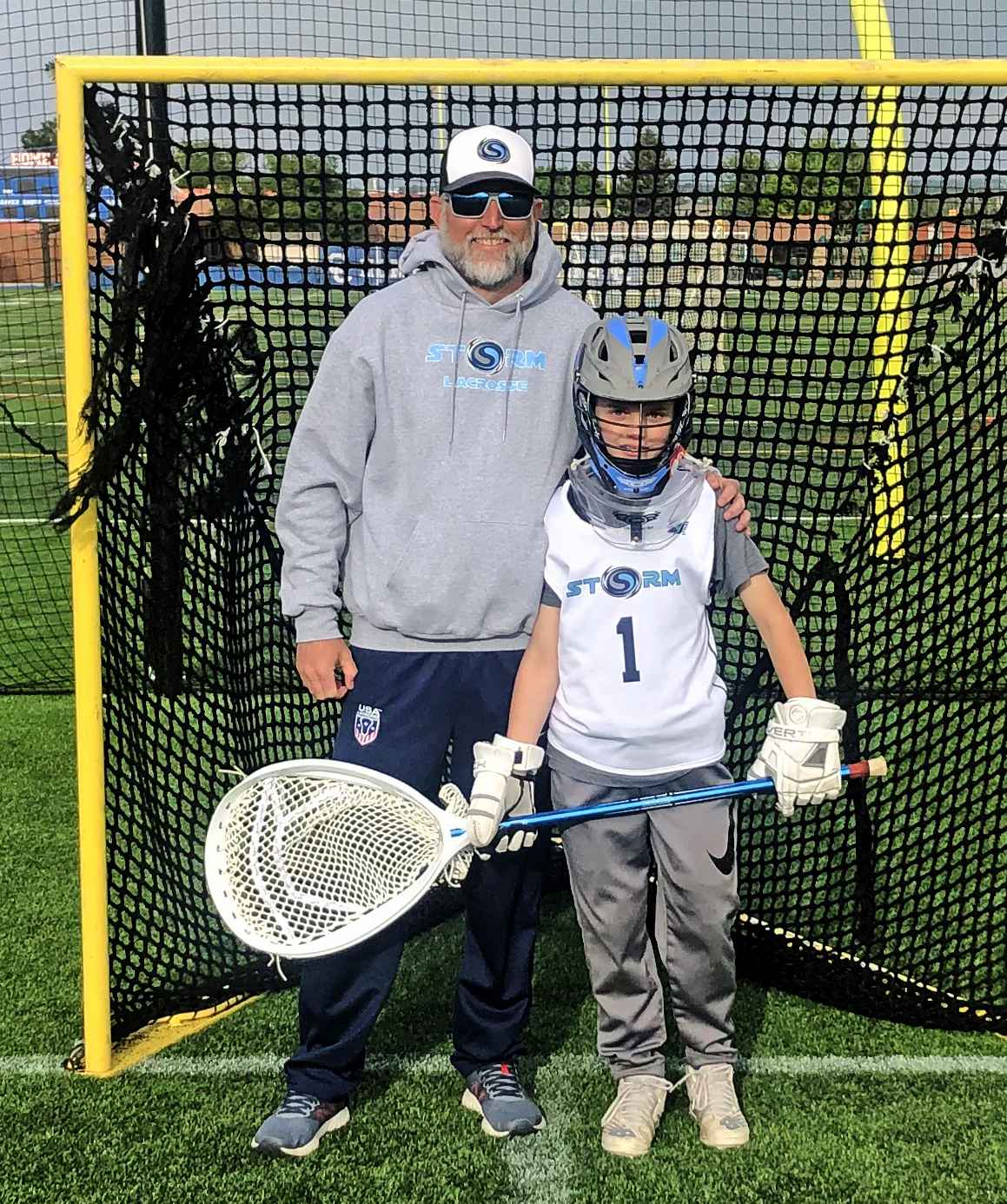